Liquidity is probably the most important aspect when it comes to trading. Trading illiquid assets is one of the biggest mistakes that a trader can make. In fact, trading illiquid assets can cost you thousands of Dollars every year, lower your probability of profit and generally worsen your trading performance. In the following lesson, I will thoroughly present what liquidity is and its effect on your trading.

What is Liquidity in Trading 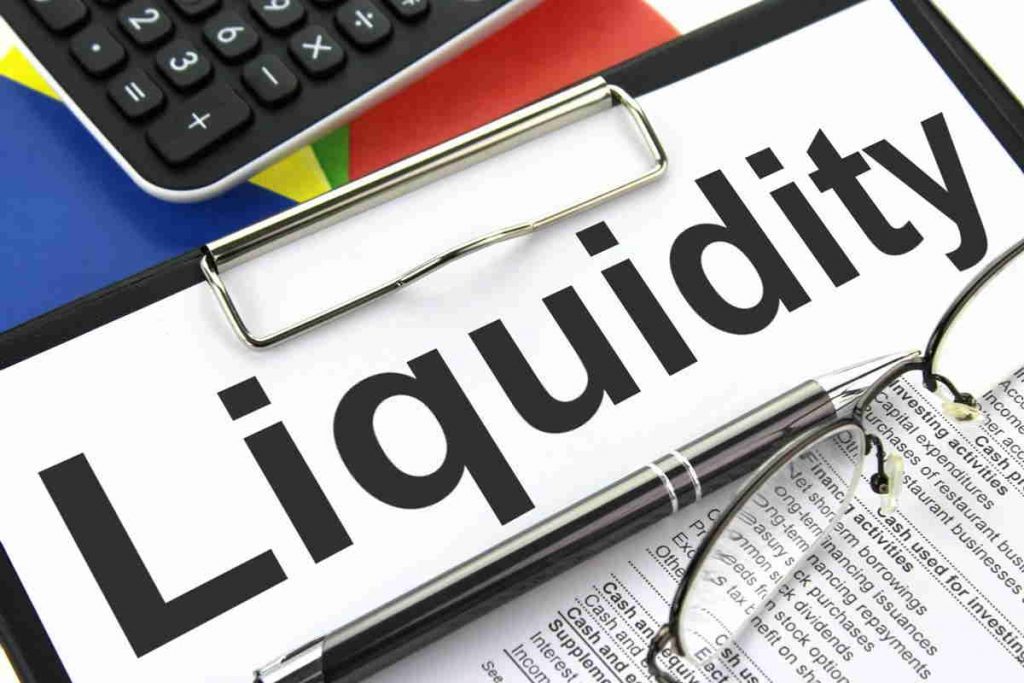 ‘The degree to which an asset or security can be quickly bought or sold in the market without affecting the asset’s price.’

To understand the concept of liquidity better, I will present two brief examples:

The first example is one of an illiquid asset, namely real estate. Real estate is considered illiquid because only relatively few people are involved. Thus the Bid/Ask spreads often are very wide. A spread of many thousand Dollars isn’t unusual. If someone is trying to sell a house for $250 000, a buyer may very well make an offer at $200 000 ($50 000 spread). Due to these wide spreads, buyers and sellers often have to wait months or even years before they finally can sell/buy a house.

Now let’s compare this to a liquid asset: Apple’s stock (AAPL). AAPL trades millions of shares every single day. Therefore, the Bid/Ask spread usually isn’t wider than one or two pennies. This also means that it is extremely easy and fast to enter and exit positions in AAPL. The executions normally are immediate.

Hopefully, these two examples give you a good idea of what liquidity is. I will now present the impact of liquidity on your trading.

Why Liquidity is Important 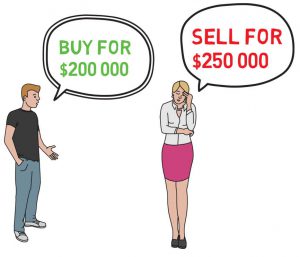 The less liquid an asset is, the wider the Bid/Ask spread becomes. This is the case because bad liquidity means fewer players. Let’s use gold as an example here. If there is only one single seller of gold, he can choose whatever price he wants to. The same goes for a single buyer. If you are the only one buying gold, the seller that wants to sell his gold has to take your price or keep his gold. However, if there are hundreds of people bidding for the gold, the seller will obviously take the best one. The same goes for a buyer. If you want to buy gold, you would take the best possible price (lowest ask price). The more people are involved, the better prices become and the smaller the difference between the bid and ask prices becomes.

Usually, you will only be able to buy at the ask price and sell at the bid price. This means that you lose some money due to the spread.

Let’s say ABC has a $0.5 wide Bid/Ask spread. If you open a position in ABC and immediately close it again without giving the price time to move, you might think you wouldn’t lose or make any money (apart from commisions). But due to the Bid/Ask spread, you would actually lose $0.5 per share. Even if the price would have moved in your direction, you would lose some money due to the spread.

To emphasize the impact of the Bid/Ask spread over time, here is another example:

That’s a $5000 loss without taking commissions or other trading losses into account! And remember that’s with only 100 shares per trade which really isn’t a lot.

Here are two examples of a liquid (PowerShares QQQ) and an illiquid (Aqua Metals) asset. Both of these screenshots were taken in early pre-market (so before the regular trading session even began).

AQMS has no volume yet and an almost $0.7 wide Bid/Ask spread which is very wide, especially considering the stock’s low price.

As you can see, the Bid/Ask spread can have a huge impact on your trading performance. So make sure to only trade liquid assets with tight Bid/Ask spreads.

Just like we discussed earlier, bad liquidity often means a small number of other players. This affects the Bid/Ask spread in a negative way. Furthermore, it affects the time it takes of orders to get filled. Fewer players mean fewer people entering and exiting positions in an asset.

It is important to understand that when an order of yours gets filled, another party (or multiple parties) was found that took the opposite side of your position. So if you buy 100 shares of stock, someone else just sold 100 shares of the same stock. If the volume of an asset is high and millions of people enter and exit positions, it will be easy to find a counterparty for your trade. However, if there are only a few people opening and exiting positions in that asset, the chance of getting filled (at the desired price) decreases. The smaller the number of traders, the unlikelier the chance of getting filled becomes.

Let’s clarify this with a brief example:

Apple is a huge and very successful company. Nowadays, Billions of people own at least one of Apple’s products. Countless investors and traders want to take part in Apple’s success and therefore, they trade Apple’s stock. Some do it for long-term gains and others trade AAPL for the short-term. Millions of Apple shares are traded every single day. If anyone thinks that Apple’s stock is a good buy, he can easily buy X shares at the current market price and will likely get filled within milliseconds. With the same ease, this person can close his AAPL position whenever he feels it is right to do so. This is all thanks to the extreme liquidity of Apple.

However, if you want to trade a different asset, things can look quite different. Even some options on Apple’s very liquid stock can be troublesome to enter and exit. This is the case because far fewer people are trading these options than there are people trading the stock.

Let’s say, you currently own 100 contracts of long call options on AAPL. The problem is that these options have three days left until they expire and they are $20 Out of The Money (OTM). This means AAPL would have to rally over $20 for you to make a profit on that position. As there is only a very slim chance of this happening, you decide to close the position before your loss increases even more.

Now ask yourself the question, why anyone should take the opposite side of your trade? The only real reason that I could think of is that someone wants to close his/her position that coincidentally is the exact opposite of your position. However, the chances that this is the case aren’t high. Therefore, the liquidity and the volume for that option are very low.

To close your position, you would likely have to wait a long time and choose bad pricing. But even then, it is not guaranteed that a counterparty will be found. So it’s definitely possible that you will be stuck in that position and believe me that isn’t a pleasant feeling.

So another big risk of illiquid assets is getting stuck in (winning or losing) positions or at least having to wait a long time for fills (+ bad pricing).

Wide Bid/Ask spreads actually decrease the probability of making money on a trade because the price of the asset has to move more for you to yield a profit.

If an asset has a $0.5 wide Bid/Ask spread and you decide to buy it, the price would have to rise by more than $0.5 so that the position can become profitable and that’s without considering commissions.

Once again, I will use a brief example to explain this:

In other words, ABC’s price would have to increase by 5% for you to just break even (still without taking commissions into account).

As the price has to move more on illiquid assets with wide Bid/Ask spreads, the probability of making money on a trade decreases.

Liquidity is and should be the top metric to look at for every trading system/strategy.

To check how liquid an asset is, always look at the following aspects:

The following image shows some very liquid options on an option chain inside of the broker platform tastyworks: 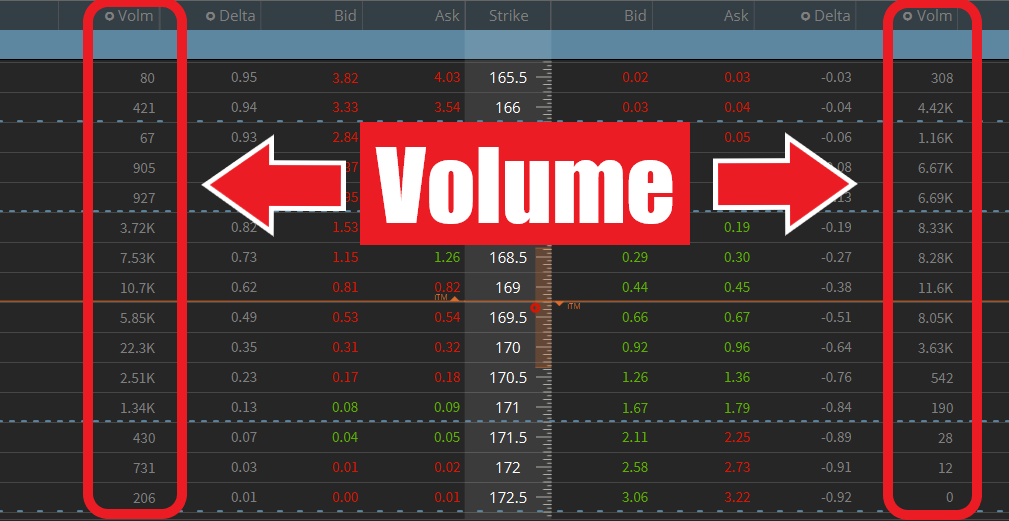 No matter what you want to trade, you should always keep an eye on liquidity and only trade liquid assets!!!

Have you traded illiquid assets in the past? Let me know in the comment section below.

This Article is part of the Intermediate Option Trading Course. If you are reading the article as a part of the course, you can continue to the next lesson: HERE