Penny stocks are very low priced stocks that often only trade for pennies just like the name implies. These stocks are one of the most hated investment assets in finance. They are rarely featured on any financial news networks and are always classified as ‘too risky’. In this article, I will try to discuss if penny stocks deserve their hate or are good opportunities.

What is a Penny Stock:

There are different definitions of ‘penny stocks’. One widely agreed upon definition for a penny stock is a stock trading below $5 a share. But it is hard to pinpoint one exact definition as these stocks often move back and forth between different price ranges. There are stocks trading for fractions of pennies whereas others trade up to ten Dollars or sometimes even temporarily higher. Companies with penny stocks usually are companies with a low market capitalization, only little revenue and generally only a few fundamentals. The market cap averages somewhere around a few Million to 500 Million USD. This may seem like a lot but it actually isn’t compared to most other successful companies.
These stocks normally don’t trade on any major exchanges, but more on that further down.

Pros and Cons of Penny Stocks:

Penny stocks actually have some advantages. But you will practically never hear of these in any mainstream financial media as the majority of them looks down upon penny stocks.

Here are some just two examples of the ‘insane’ volatility in some penny stocks: 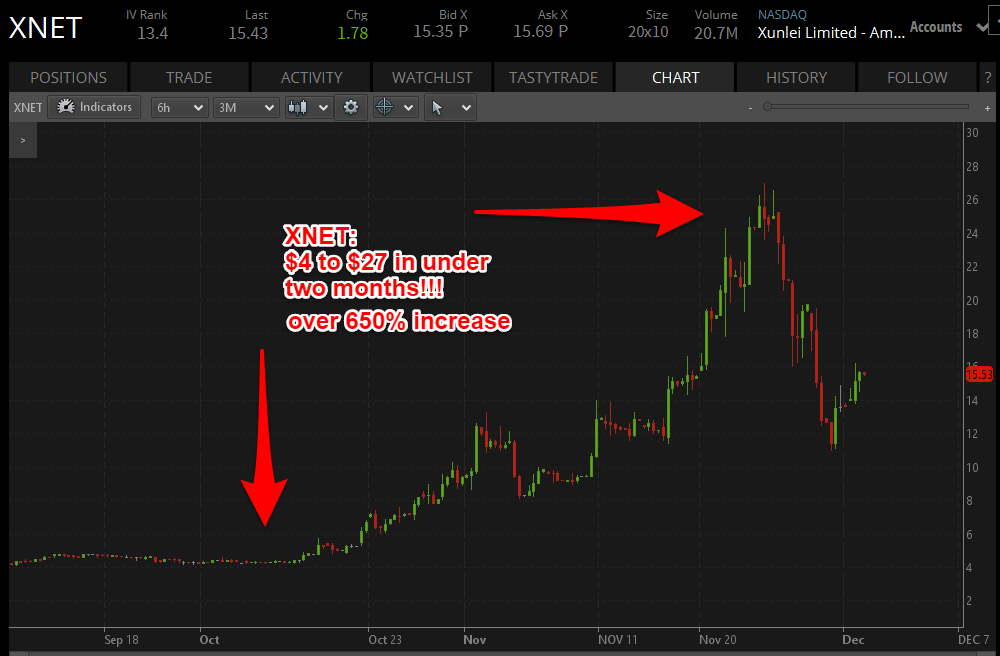 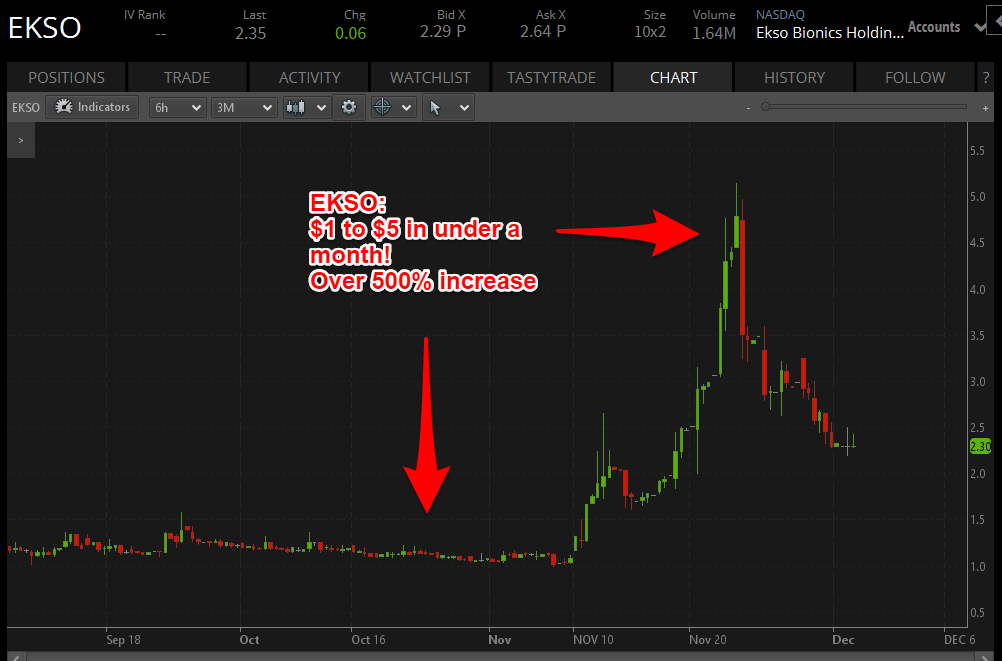 These two examples aren’t even exceptions. I literally just chose two random stocks from one of my watchlists.

As good as all this may sound, penny stocks do also have a lot of disadvantages and these are the things that make them so hated.

Summed up, there are both advantages and disadvantages. There obviously are risks and I don’t think penny stocks should be considered a good investment asset as a whole. But there are better penny stocks than others. Furthermore, there are times where some penny stocks are better than in other times. For example in times of new news and high volume.

What is a Pump and Dump:

You may know this kind of stock manipulation from movies like ‘The Wolf of Wallstreet’ or the ‘Boiler Room’ in which these promoters call thousands of potential investors and thus artificially push the stock prices up. A ‘pump and dump’ is a scheme where insiders buy shares and then begin to promote that stock (‘pump’). After the stock price is up enough, they sell their positions and ‘dump’ the stock. After the promotions stop, the stock price starts falling and all the investors that bought the stock due to the promotions want to sell their shares. This leads to a massive collapse in the stock prices and most investors lose a lot of money.
Nowadays the stocks aren’t promoted per phone calls anymore. The promoters team up with some mailing services that have a huge outreach. These send out thousands if not even millions of emails telling everyone how great this stock is. Even if the people don’t believe the content of the mail the first time, they may hop onboard after they see the stock price increase a lot because of the manipulation.
Usually, the mailing services have to put a disclaimer somewhere saying that they got compensated by the company. If you see this anywhere, be aware! Generally, you shouldn’t believe anyone promoting a penny stock.
If you ever get an email telling you that a stock is the next Microsoft, chances are very high that it is not. The email is probably part of yet another pump and dump scheme.

What to look out for when Trading Penny Stocks:

When it comes to ‘competitors’ or other traders, penny stocks are quite unique. There are barely any institutional traders like hedge funds, banks or other funds in penny stocks. This is mainly due to the lack of volume and liquidity. These traders manage millions or even billions of Dollars. Firstly, they can’t trade in large enough quantities to even make it worth it due to the lack of liquidity. Additionally, they would influence the stock price way too much. If a stock usually trades a few thousand shares a day and one trader sends out a buy order for ten million shares, the stock price will rise. This is a bad thing as you don’t want to affect the stock price so much yourself.
Institutional investors therefore rarely even consider penny stocks. But there are a few seldom occurrences where these investors invest in these companies. Usually, they will receive a special discount price though and that tends to impact the stock price quite negatively.

Mainly retail traders like you and me are the ones trading penny stocks. Otherwise, there are the so-called insiders. These insiders often take part in stock price manipulation and use this as a profit opportunity.

As you can see, penny stock trading is a special niche with only relatively few participants. This may seem like something bad but actually, it can be seen as an advantage as well. Other traders can be seen as competitors and obviously, you would rather have other retail traders as competitors than huge institutional investors. You won’t have to bother with these huge funds/banks… with ‘unfair’ advantages in the world of penny stocks. But beware of stock manipulators.

Where do Penny Stocks Trade: 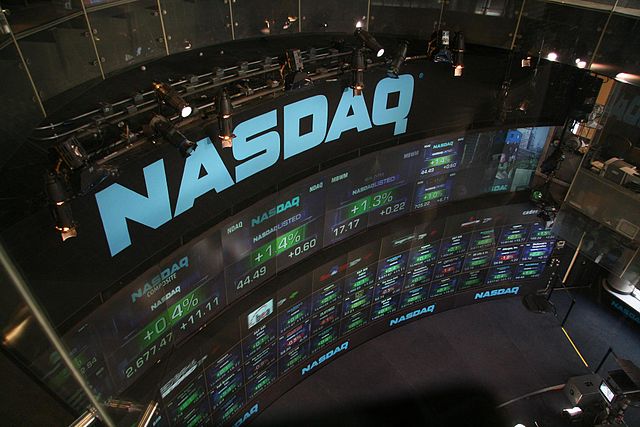 Be careful with all these ‘exchanges’ as generally, many penny stocks are very sketchy. I personally would recommend sticking to Nasdaq stocks (and sometimes OTCBB). But try to avoid the Pink Sheets as these really usually have no volume, regulation…

Where to Trade Penny Stocks – Do You need a Special Broker:

Many people (including me a few months ago) think that you need some sort of special penny stock broker to trade penny stocks. This isn’t the case. Practically any (good stock) broker will have penny stocks. Even my broker that focuses on options trading (Tastyworks) offers tons of penny stocks. These are just a few examples of brokers that offer penny stocks: E*trade, Tastyworks, Thinkorswim, Interactive Brokers, Suretrader…

You can check out my broker reviews, here! 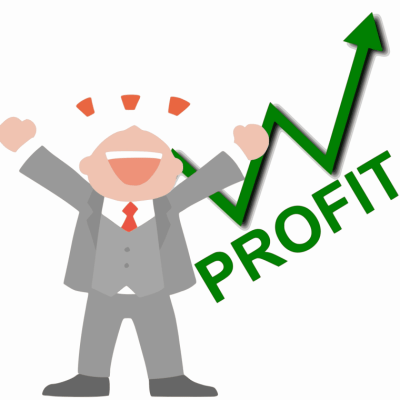 In my opinion, this question can be answered with one word: NO! Penny stocks aren’t good investments at all. Statistically speaking the big majority of penny stocks stay penny stocks or even fail. Only a tiny fraction of these companies ever become ‘real companies’ with ‘real’ stocks. The odds really are stacked against you. Guess why penny stocks get so much hate and are never featured on any financial media? You should never invest in any one penny stock thinking it will become the next Microsoft. There is way too much exaggeration, lies, manipulation and other sketchy stuff to invest in penny stocks. Of course, there are exceptions but in trading, the odds should be working for you not against you.

This doesn’t mean you can’t profit from penny stocks. They are one of the most volatile assets of them all and that is something traders love. You will hardly find near as much huge moves in any other stock sector. I have nothing against trading penny stocks for a short-term gain. This is a good strategy and a lot of traders have made a lot of money by doing this. Just try to keep things on a short-term basis as price increases in penny stocks always tend to be temporary.
One of the most important lessons for newcomers to penny stocks is to never believe anything! No matter how good a company may seem to be, there is probably a reason why it is trading for pennies or a few Dollars. The only sources you can trust are legal filings like SEC filings.

Should I Trade Penny Stocks:

If you are a long-term investor don’t even consider penny stocks.

If you have tens of million Dollars to trade with, penny stocks aren’t something for you either as you can only trade with small position sizes.

How to Learn Penny Stock Trading:

One of the most important things to trade penny stocks or anything else profitable is to get some education. Education is crucial for your success in trading, especially for such high-risk assets like penny stocks.

There are a lot of traders that have achieved huge gains by trading penny stocks. Probably the most well-known trader is Timothy Sykes. He turned around $12 000 into over a Million in a few years. He also teaches people how to trade and has several students that have turned a few thousand Dollars into multiple Millions within a few years.

You can learn more about Timothy Sykes and penny stocks in my Tim Sykes Review!